The ceremony started with the Royal Jordanian Peace and the Malaysian National Anthem and read by any of the wise reciter, followed by the speech of the director of the Malaysian cultural attaché Dr. Ahmed Sukhaimi bin Laazim who welcomed the audience and praised the fraternal relations that bind the two countries. The distinguished academic of the Jordanian universities, which led to the signing of memorandums of understanding to exchange experiences, students and professors in all areas of common interest.

The Malaysian Ambassador praised this step and appreciated the role played by universities in providing the market In which the number of Malaysian students studying in Jordanian universities amounted to 2,000 students in the fields of medicine, dentistry, forensic science and Arabic language in various degrees. A video was presented at the University Sultan Zainal Abidin (UniSZA).

Finally, the parties exchanged commemorative gifts and congratulations on the occasion of these agreements. 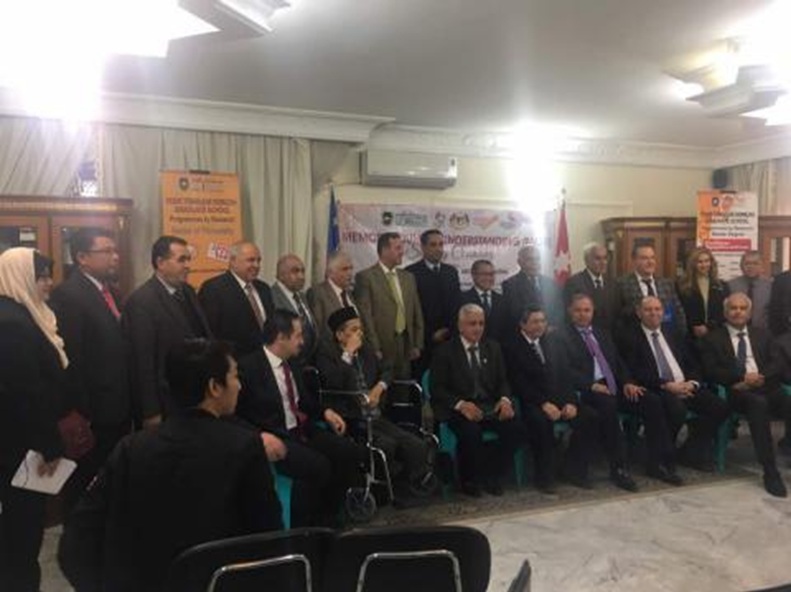